The eight artists of the “Afterparty goes Forest” working group were invited to Paris, to the Rivoli59 artist house, to realize the house’s new facade work and to hold a joint exhibition in the house’s gallery in August-September 2021.

The final piece was completed in August-September 2021 on location in Paris, with the artists Anders Bergman, Linda Granfors, Aura Hakuri, Petri Hytönen, Marika Kaarna and Seppo Renvall working on it.

The subject of the work was Finnish folklore and folkloristics.

There are many customs and beliefs in Finland that differ from the Central European culture. Finns also have a strong connection with nature, which can be seen in many ways in our society.

We studied Finnish beliefs, practices, customs, attitudes and cultural phenomena both in the past and in contemporary society.

Many things familiar to Finns, such as the sauna gnome, stage dancing or ski jumping, are foreign to Parisians and tourists who visit there.

We took these things to Paris and specifically in the middle of the big city’s busy shopping street.

The Façade work of the Afterparty goes Forest group was completed as a process-based collaboration. In the work we drew ideas from our own relationship with Finland, mythical forest experiences or, say, ski jumping. Artistically, we aimed for a visible, unified work in the middle of a busy shopping street, along which everyone can discover new dimensions of Finnishness. We also wanted to bring some kind of inner peace to the minds of those passing by, something that is completely lacking in the city. The collaboration with 59Rivoli-squat artists was one of the key goals of the work and it went well. They were helpful ! Thanks ! 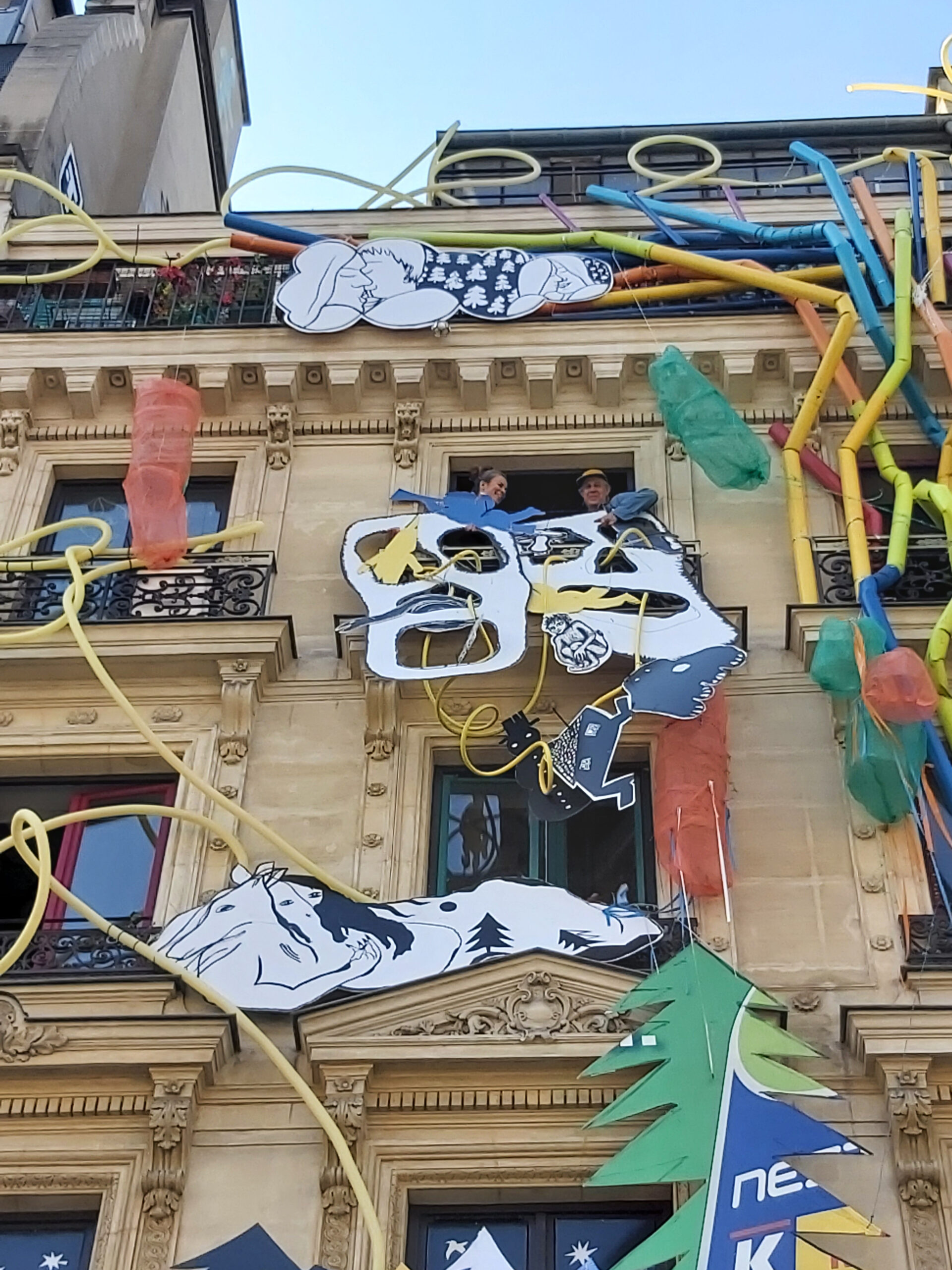 detail from the facade and working artists