In 1999 Petri Hytönen gathered his complete oeuvre to date to be displayed in the project rooms of Kiasma the Museum of Contemporary Art. This exhibition was held in connection with Hytönen´s graduation from the Fine Arts Academy in Helsinki. In all it´s abindance, this exhibition provided a good overview of Hytönen´s art, while also giving him suggestions about his future course as an artist. In thee preface to the cataloque he notes : ”This project has expanded my consciousness of what I have done, but it has particularly crystallized my picture of what I have yet to do…”

Looking at Petri Hytönen´s new works, one first notes a new kind of stratification and multifaced quality in the paintings, giving them a new depth that is also linked to tradition in an intresting way. This stratification comes from his use of digital image manipulation for preparing the visual material into a sketch or a study, from which he proceeds to the watercolor work characteristic of his art, with it´s requirements of concentration, quick decisions and steady and precise hand. 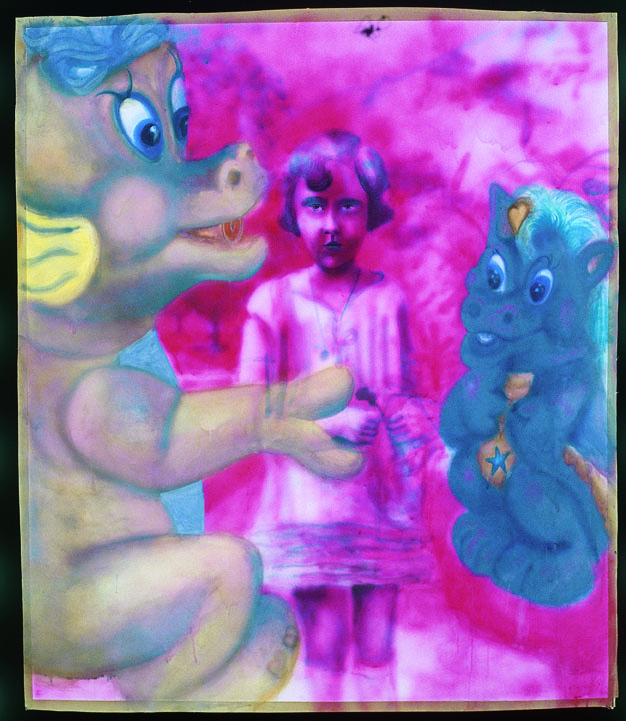 The most important aspect here is not, however, the digital preparation or the watercolor technique but capturing of a certain emotional state. The mood created by these states is part of the core content of Petri Hytönen´s art, which requires technical maturity. The depiction of a passing moment was important in his earlier works. Looking at them, one feels that the moment is continually in danger of slipping from the grasp of the brush. The sensitivity of the watercolour, however, fixes the feeling of momentary transience to the painting. The experience of these works contained something comparable to the cinematic image. In the paintings, however, the mood is depicted through structural stratification. The gaze focuses on the image in depth, and in this connection the time of the picture becomes in some way more permanent and it´s experience is transferred more in the domain of symbolic language.

The new works contain a number of recognizabke references to various sources. A winter landscape is reminiscent of scenes by the painter Pekka Halonen; a doll´s house brings to mind a medieval painting; comic-strip characters appear in the works; and some paintings bear recollections of the simultaneously multidirectional gaze of cubism, while others bring to mind the world of René Magritte´s images. Many of the works are inhabited by mythological figures, angels, Donald Ducks, snowmen and mythological animals. The artist has succeeded in giving all the pictures a slightly odd or strange mood, both everyday and mythologically timeless. The strangeness of the images seems to derive from the depiction of an ordinary landscape, an interior or street scene and the act of applying it anew into this state of weirdness. THE GAZE MAKES FABLE OF WHAT IS SEEN; SPACES AND SITUATIONS ARE LADEN WITH NEW MEANINGS. Almost something of the impossibility of the dream: aeroplanes fly out of the room; cars on the road seem to be so numerous that they bounce up into the air; yellow toy ducks (familiar from Hytönen´s earliest watercolours) nest in a winter landscape; skiers and ski-jumpers flit about, criss-crossing in the air and on the ground an a wintry forest.

There is also a new kind of tonality in the colors of the paintings. In Hytönen´s earlier works a fluid layer of color covering the whole image formed, as it were, its middle surface, or level under which heavier figures were painted and on the top of which there could be figures and events painted with contours and more intensice colors. All these elements underline the transience of the mood of the images. The more nuanced and also DENSER palette of the new paintings emphasizes the directing of the gaze into the world within images, which is now much more complex than before.

Looking at the use of colour in most Petri Hytönen´s paintings, one notes the accuracy of rendering the moods created by light. These moods are often associated with certain moments: sunset, dusk, in aforest in winter, or the spring sun on the snows. Running alongside these moods there is a visual world in which light and space are purely dreamlike. They do not follow the course of daylight but step out of this rhytm to create spaces beyond the time concepts associated with the passage of daylight. And since time makes a space a place, neither are these places in our everyday world.

These images tell of events in which the paths of everyday life, perhaps momentarily worn smooth, are left for possible worlds of the imagination, where strange things begin to happen. This shows us how art can open up spaces and situations, where one can play with gravity, where all kinds of images and times, angels and Donald Ducks can meet, and where the cares of the world are forgotten for a moment. Flying cars are the way out of traffic jams. It is good to bear in mind that angels are present. Seen from a distance, our activities often resemble the doings of caricatured comic-strip characters. It is also possible to laugh at the world – wholeheartedly.

In view of the intresting focus on the everyday and the family in Petri Hytönen´s art, we may bear in mind that this artist is also the father of three children. As a father, he seems to be be able to participate in the worlds of imagination, play and fable that open up so fluently to childrenand into which they can slip at will. In some of the works, things are also seen through the space of children. The world is depicted from the perspective of nursery toys, doll´s houses and the world of the storybook.

Despite the often absurdly playful and liight moods of Hytönen´s paintings, these images also contain an ever-present strand of sorrow, expressed as a kind of melncholy and recognition of oneself as an observer, onlooker and blue shadow on winter snows. This ambivalence of a melancholy awareness and the joy of imagination opens up the mood of images in two directions, in which there is no stopping at either alternative. The viewer´s mind considers the space in between. This is also underlined by the situations where a squadron of toy planes flies out of a room and the mood is reminiscent of the horrors of the war. While voicing a cry against the world, the squadron is journeying from the interior to the exterior. The situation is watched by the dark silhouette of a lonely figure appearing to observe the flight of his own imagination.

Perhaps the brightest light of these paintings , however, shines from the situation and awareness that arise from the realization that creativity is a response to the feeling that something is lacking and that this lack can be satisfied. The lack of something can crete not only absurdity and terror, but also joy and comfort. It is for this very reason that themes and moods are so important to Petri Hytönen´s art.